Stop Kicking the World, Work With It

I lived in Tofino, BC for almost 4 years. What you have to understand about Tofino is, it's not a cheap place to live. In fact, things are extremely expensive.

My husband worked for Creative Salmon Company Ltd., and I worked first for CIBC, and then for myself as a business consultant. We ran the local archery club until we left so we got to know a good number of people in the community. In that time we saw that there were very few services for people in need, but we didn't know what to do about it. We still had the big city mentality coming from Calgary. In both of our minds, you need lots of people close by for such services - it would never happen in Tofino. We always heard “well, what you have to understand is, Tofino is different.” Apparently my friend Jenn didn't think so. Before we moved back to Calgary, she was telling me she wanted to open a soup kitchen.

After I left, it still took some time but she finally got up the energy, resources and courage to put this soup kitchen together. She had some long time local residents willing to help her push forward and put this soup kitchen idea into action. Her husband also provided her encouragement.

I remember when she was first trying to get the soup kitchen started, there were a few setbacks. She kept moving forward, maybe at times a little slower than she wanted, but forward nonetheless. Then *YAY* in September 2007 it was finally a reality. 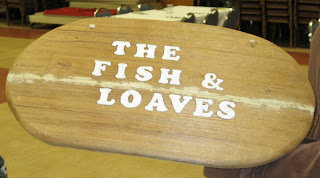 Now Fish and Loaves receives food donations from various local establishments of day old bread and pastries, as well as other food. They also receive some cash donations from their church, and some individuals, to buy what they require and to pay rent on the space they use once a week. This is a big deal because even this was hard to acquire at first. The local businesses didn't believe in the soup kitchen so wouldn’t donate to it at the outset. 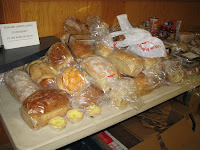 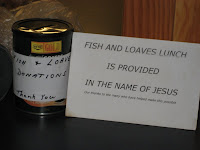 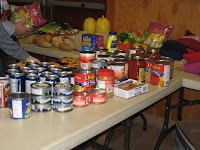 When Fish and Loaves started, maybe 2 people would show up (if any) but that was fine. Jenn and the few others that were there at the beginning knew it would be a slow start. Now there can be upwards of 50 people at the weekly lunch. Today when I was at Fish and Loaves, there were about 20 people being served and the local elementary school was involved. A grade 1 class prepared the soup (which was quite tasty and filling) and a grade 5/6 class served and cleaned up afterwards. They were a very eager bunch! When I was eating, I barely got my last bite out and the children took my bowl away. They were really enjoying themselves. They also looked like they had fun cleaning up afterwards. They cleared all tables, then folded them up and put them away. It was fun to watch. 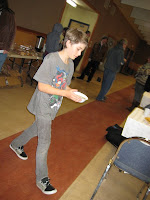 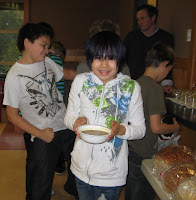 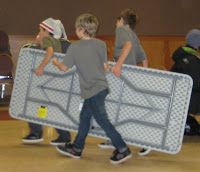 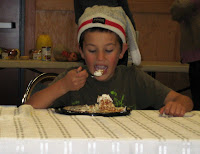 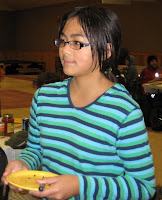 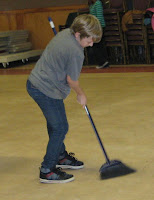 Jenn just told me earlier this week, she ran into a couple of people who used to frequent Fish and Loaves but don't anymore. She asked why and they answered it did what it needed to. At the time, they were able to get food when they were hungry. They took the donations available to them as needed and once they were on their feet, they stopped using the service. What more can Jenn ask for?

When I see Occupy Wall Street in the news or go downtown and see Occupy Calgary in my home city, my friend Jenn is who I think of. Instead of screaming that the system doesn't work, she decided to put her energy into helping those who need it. From what I understand, and have read and researched about the Occupy movement, they want the entire system changed to benefit those who need it the most and take away from those who have the most. I don't understand that attitude. No, Jenn and her husband are not in the top 1% nor is she in the bottom % but she still chose to put her energy into helping others. She and the other volunteers of Fish and Loaves could have very been “occupiers” but they instead put their energy into something productive and very beneficial to Tofino. 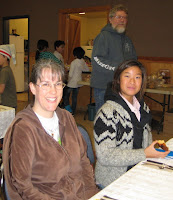 So as far as “occupiers” are concerned, instead of squatting and screaming Charter rights, why don't they volunteer for one of the many organizations that already exist in Calgary? They can start up their own non-profit organization. It is an involved process but as Jenn can tell them, well worth the energy and effort. 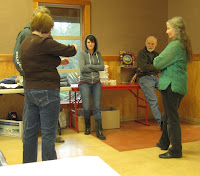 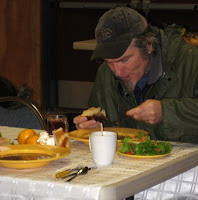 Squatting in a public park protesting some such thing that no one can fathom proves nothing. Yelling “I can stay here because the Charter says I can” proves even less. Go out and actually make the changes. The “occupiers” need to change where their energy is being put. Just because they want something to change, doesn't mean it's going to happen. Either go to the effort and find out how to put bills through readings to change law - or better yet - help people who need it. It doesn't matter which but stop trying to kick the world. You'll only break your foot.
Posted by Unknown at 4:58 PM